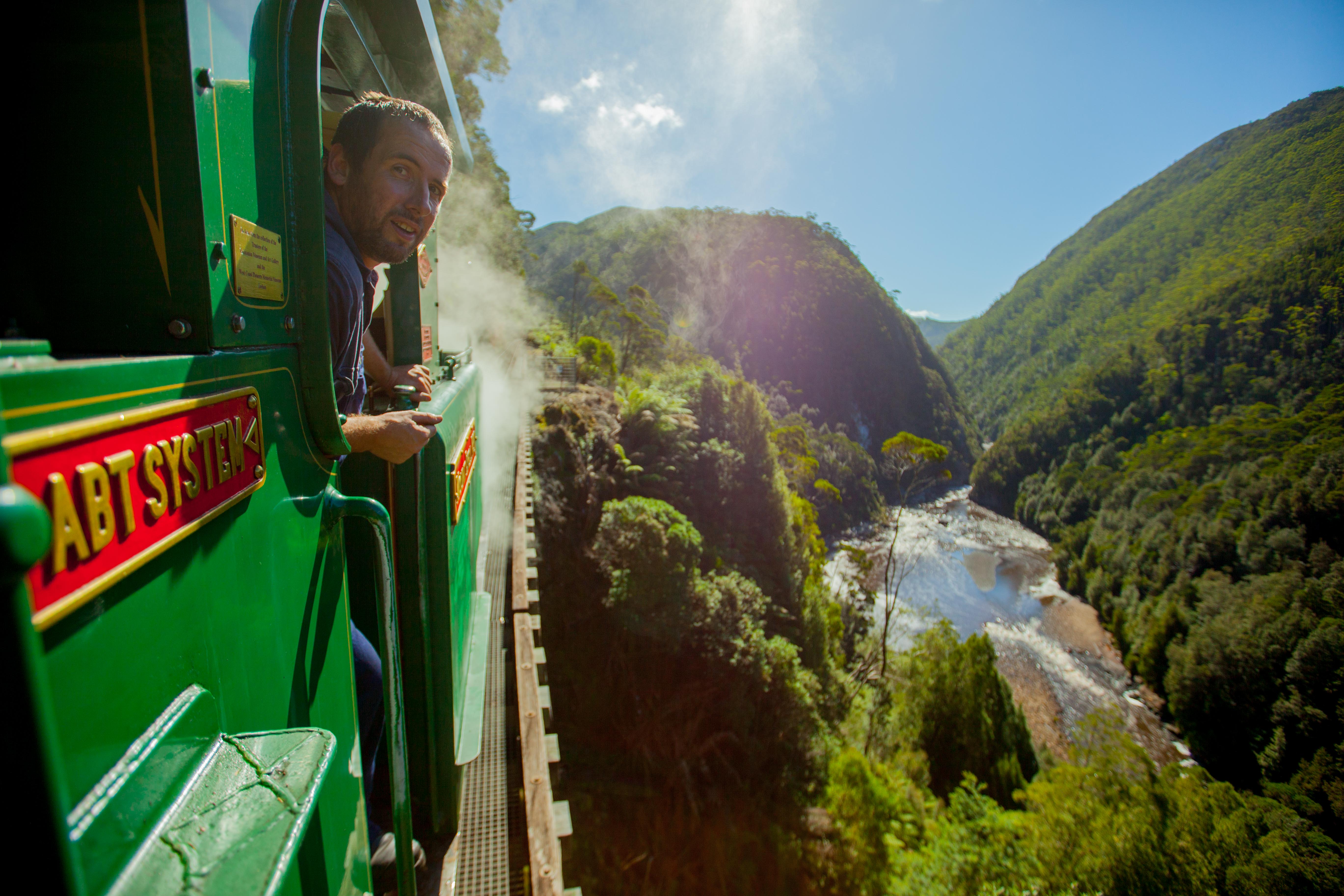 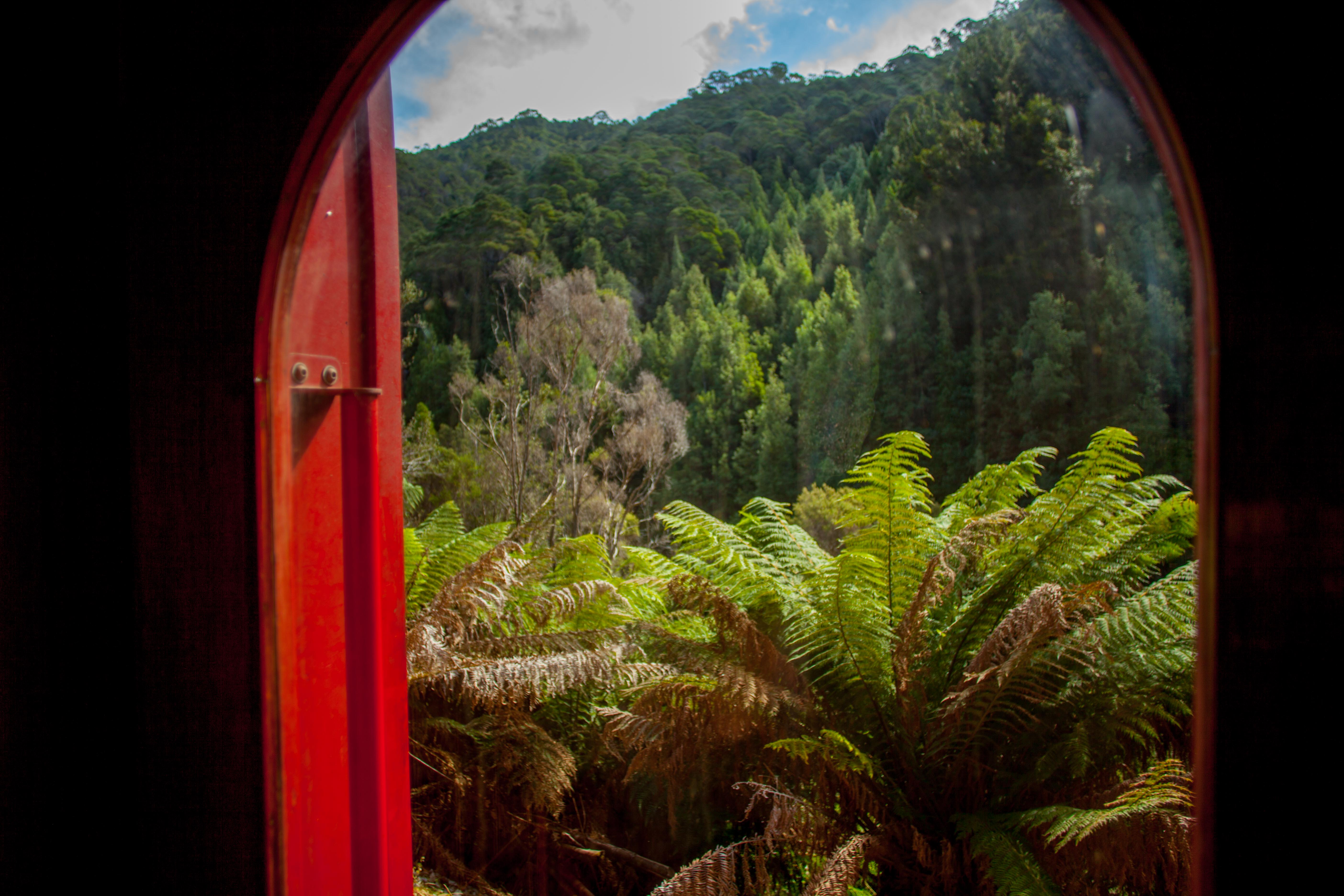 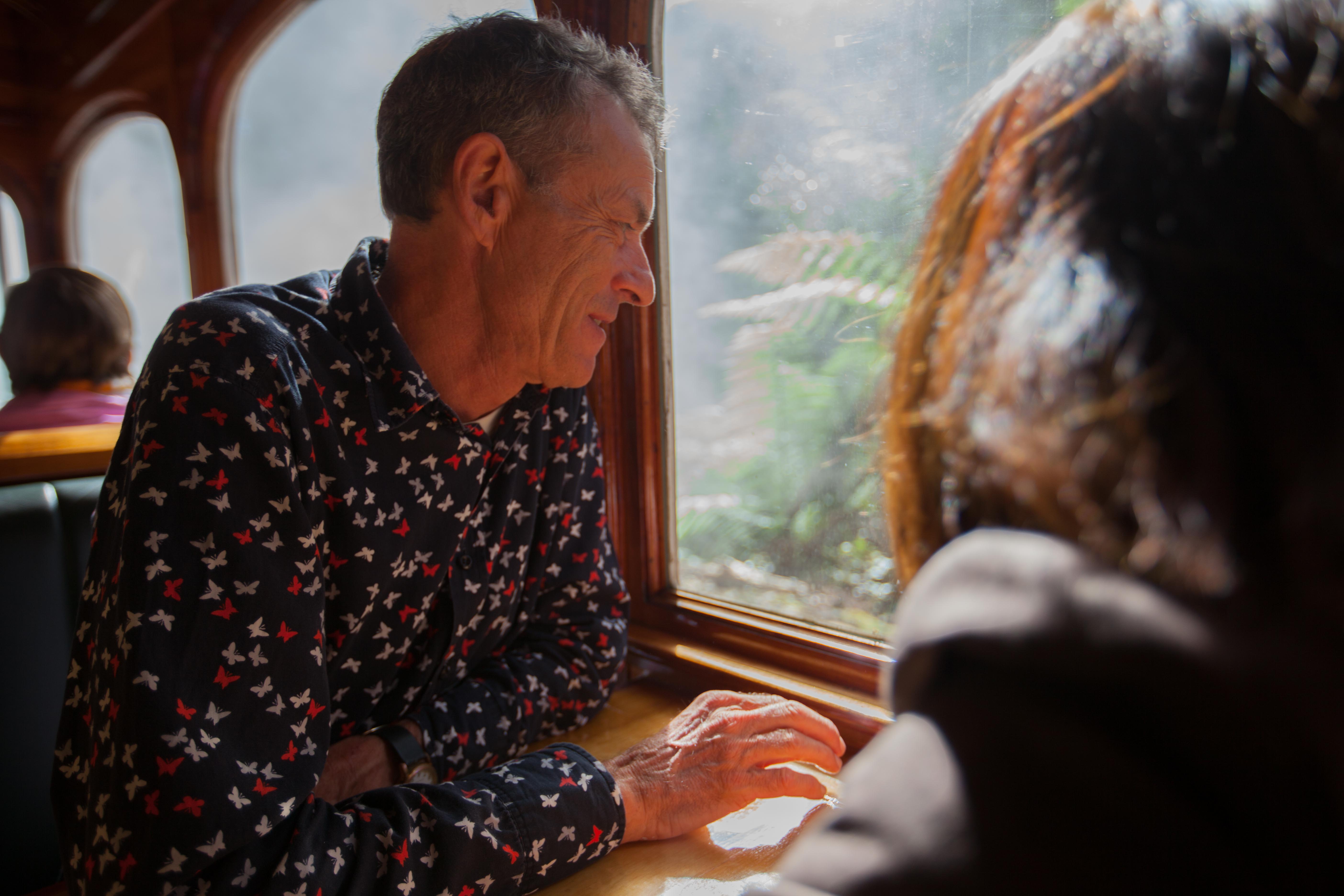 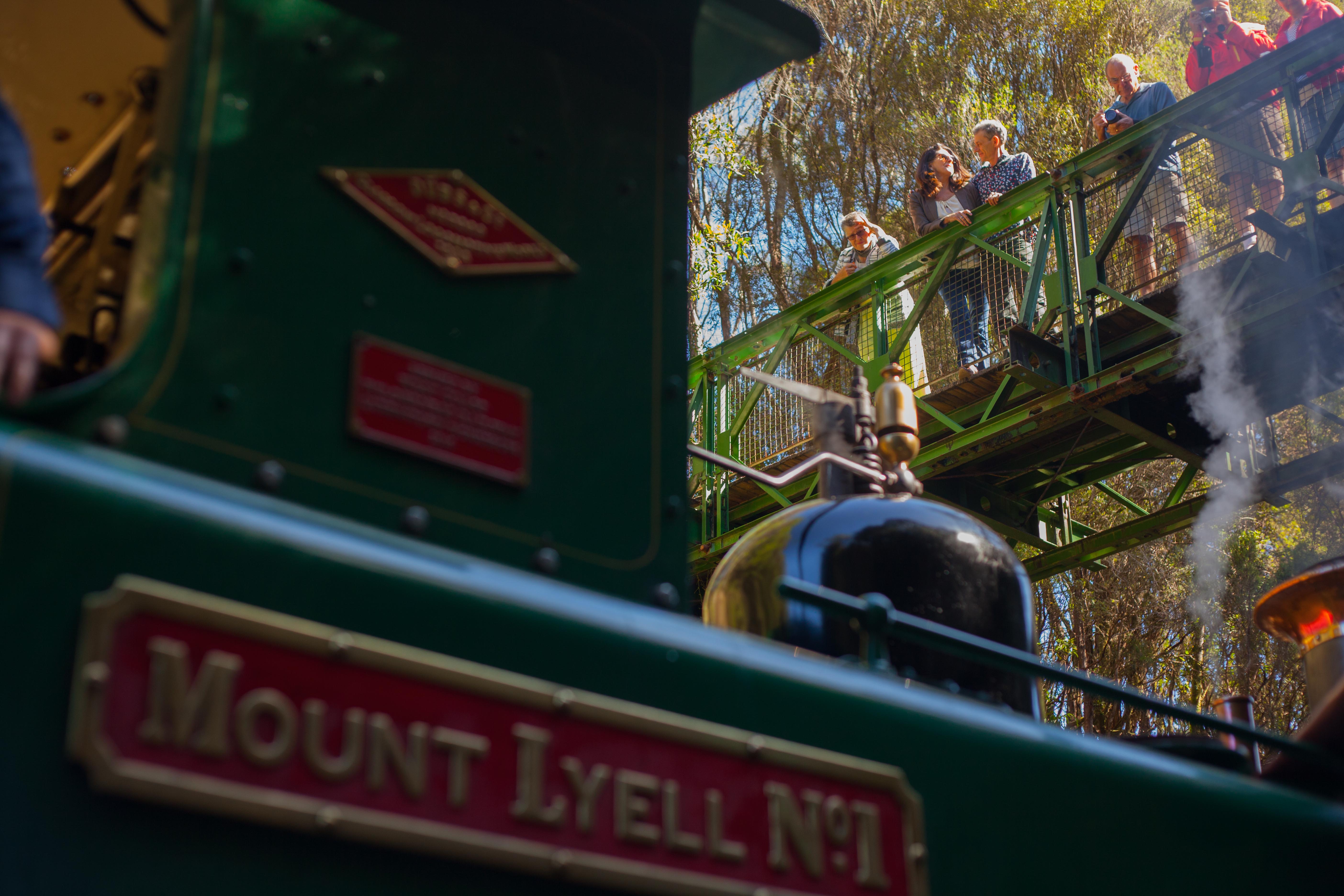 Join our half-day (4.5 hour) Rack and Gorge tour and take a heritage steam train journey through remote rainforest to the incredible King River Gorge, turning at Dubbil Barril before returning to Queenstown.

As you travel through the west coast’s cool temperate rainforest, you will climb one of the Southern Hemisphere’s steepest tracks under the unique power of the Abt Rack and Pinion system. This system was designed in the seventeenth century and transformed the fortunes of the west coast during the late nineteenth century, and the only operating Abt rack and pinion railway in the Southern Hemisphere.

Stop at remote train stations, traverse the deep chasm of the King River Gorge, and see the places where early west coast pioneers lived and worked to create this extraordinary railway.

During your experience, your guide will share stories of the determined and visionary people who carved out their fortunes in one of the most difficult and remote landscapes imaginable. Hear tales of the rogues and rivalry that led to the creation of the richest copper mining company in the world and marvel at how nature has prevailed through it all. 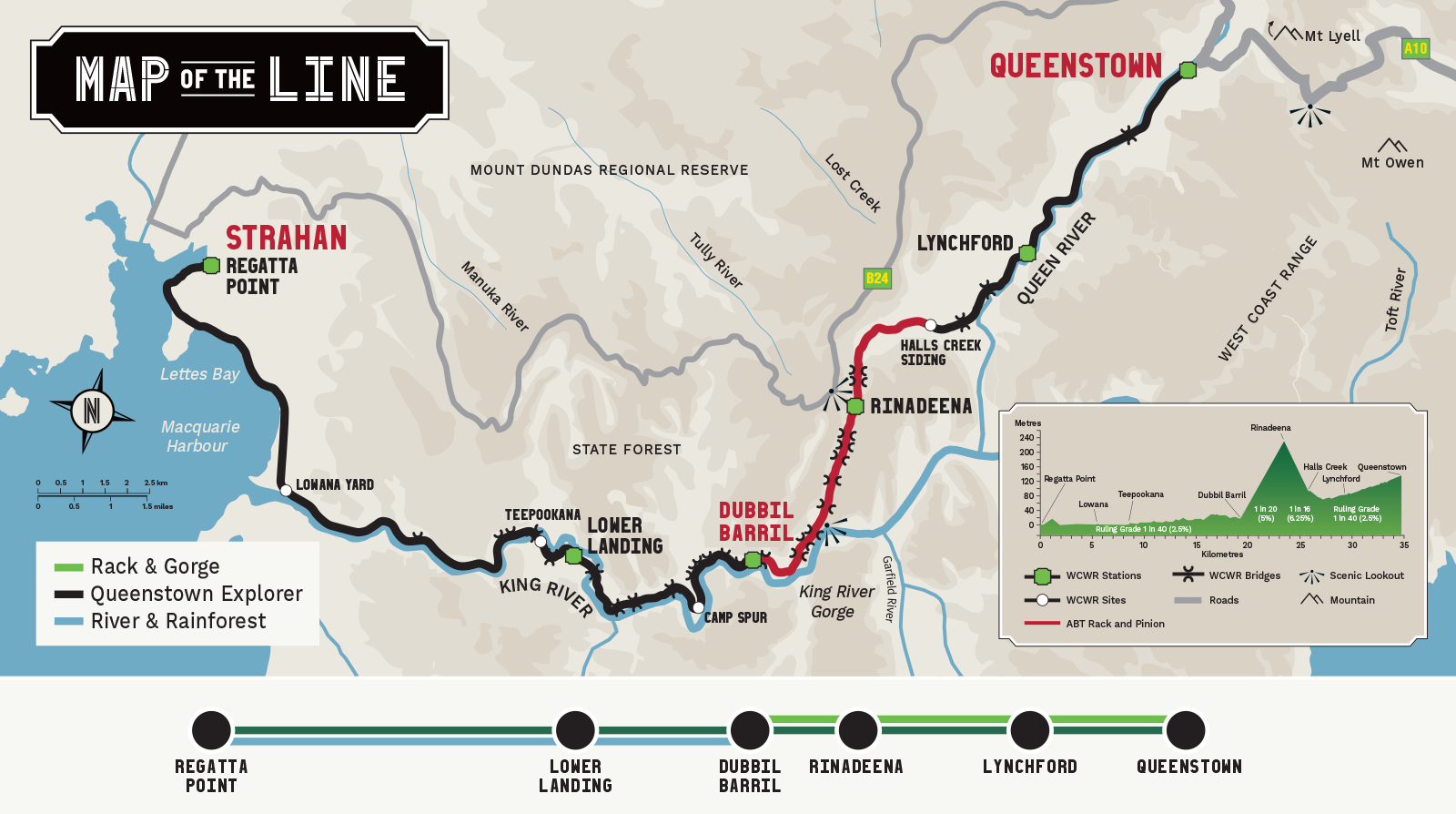 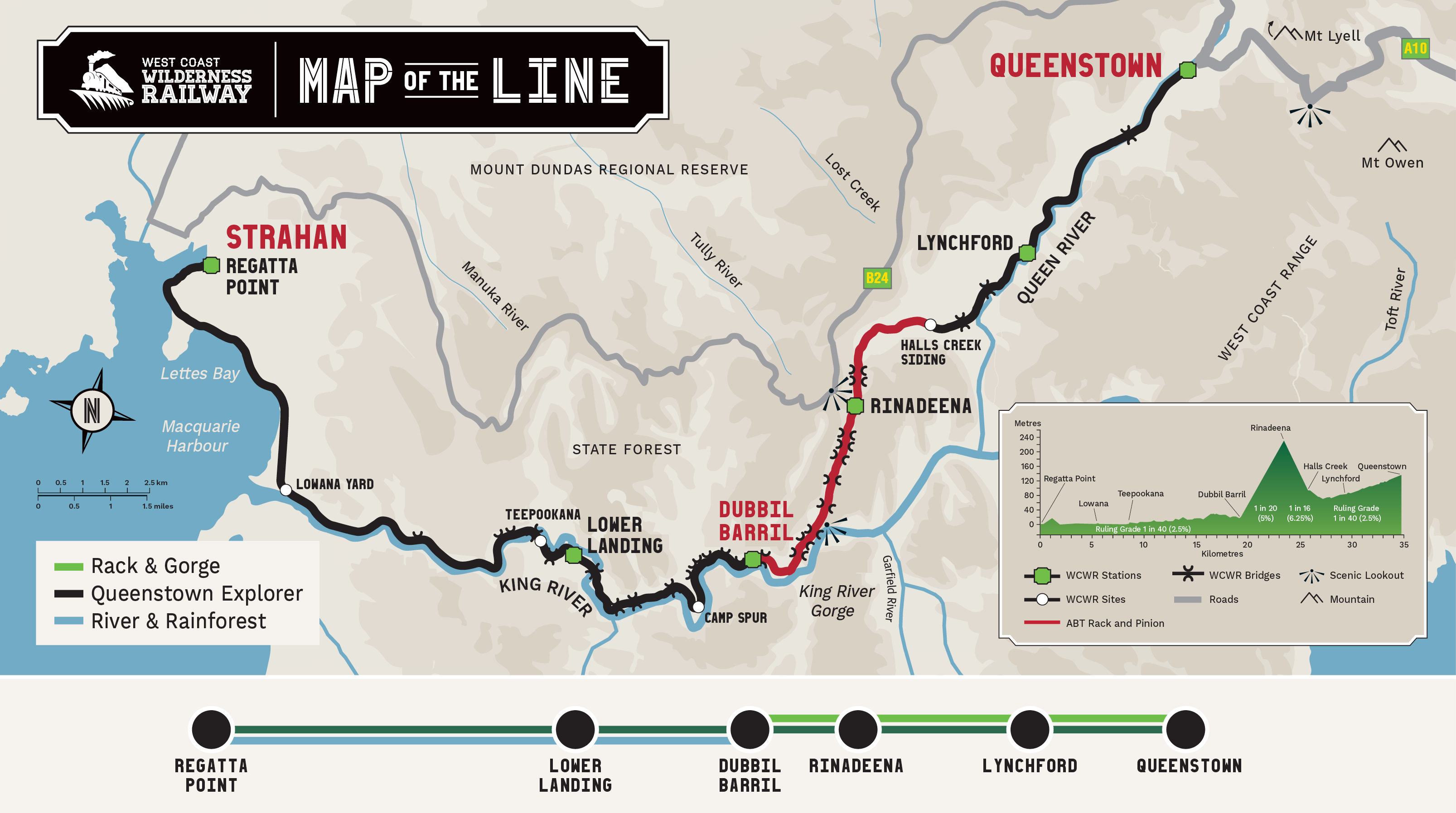 All Rack and Gorge half-day tours depart from and return to Queenstown Station, 1 Driffield Street, Queenstown. Prices and timetable are subject to change without notice.

Passengers in Wilderness Carriage enjoy a welcoming glass of sparkling wine on boarding, canapés, complimentary hot beverages, morning tea and a light lunch, along with access to the open balcony to get up close to the rainforest and take those magic images. Our comfortable Heritage Carriages are heated and provide comfortable blankets for after that brisk walk in the heart of the rainforest. You will also be provided with a choice of drinks and snacks for purchase during your journey.
DURATION
4.5
hours
OPERATES
Select "Book Now" to view timetable or contact +61 (0)3 6471 0100
PRICE
Heritage
Carriage
Wilderness
Carriage
Adults
$
120
-
$
189
-
Child
$
59
-
$
130
-
Family
$
270
-
$
-
*
Child 2 to 17yrs, infant under 2yrs free – no seat allocation. Family Fare up to 2 adults & 2 children.
FACILITIES
Toilet (at each station),
Shops,
Cafe,
Restaurant,
_
*
Cafe and shop are at Queenstown Station. Toilet facilities are available at all stations throughout your journey. The longest travel time between stations is approximately 50 minutes. There are disabled toilets at all station platforms and toilets.
BOOK THIS TOUR
BOOK THIS TOURBOOK THIS TOUR
Check all tours

Q
Do I need to book ahead?
A

Yes. In line with our COVID Safety Plan, our carriages will be running at less than capacity to enable adequate social distancing between travelling parties. Please book ahead to avoid disappointment.

Q
Will I have to face backwards on the train?
A

During one half of the journey you will face in one direction, but once the train travels in the opposite direction (on the way back to your original departure station), so will you. This means you will face backwards either during the first or second half of your journey. As the train moves quite slowly, motion sickness is exceptionally rare, however, should you have any concerns about this, please call our team directly at least 24 hours prior to your departure.

Q
Can you accommodate various dietary requirements?
A

Yes, we can cater for vegetarians, vegans and other requirements, but please let us know your needs when you book so we can look after you.

Q
What is your COVID Safety Plan?
A

You can read details of our safety plan here and our Passenger Conditions of Carriage here.

Q
Do tours run on Public Holidays?
A

The West Coast Wilderness Railway is closed on Christmas Day and the Queen’s Birthday public holiday, but operates on all other holidays. 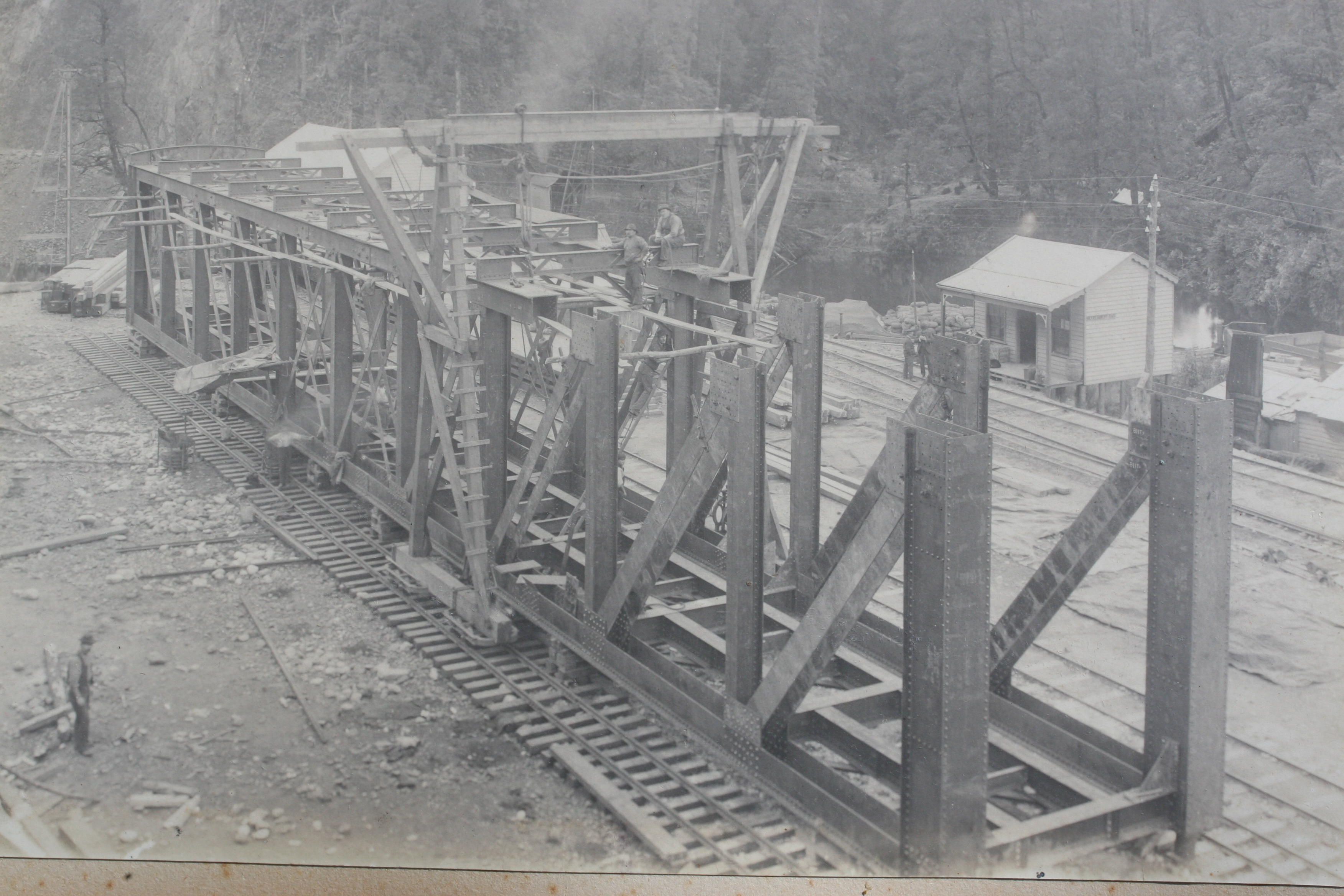 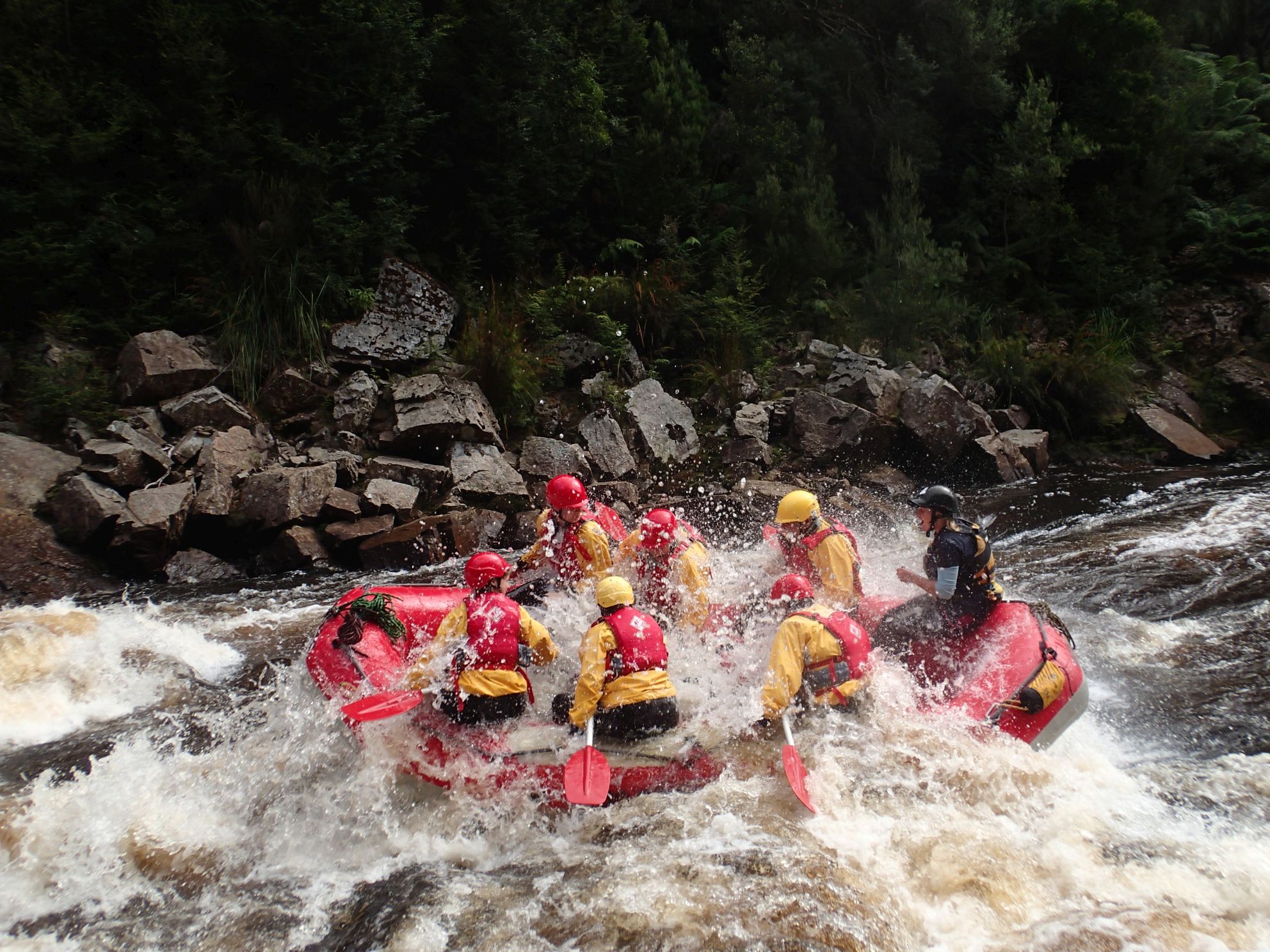