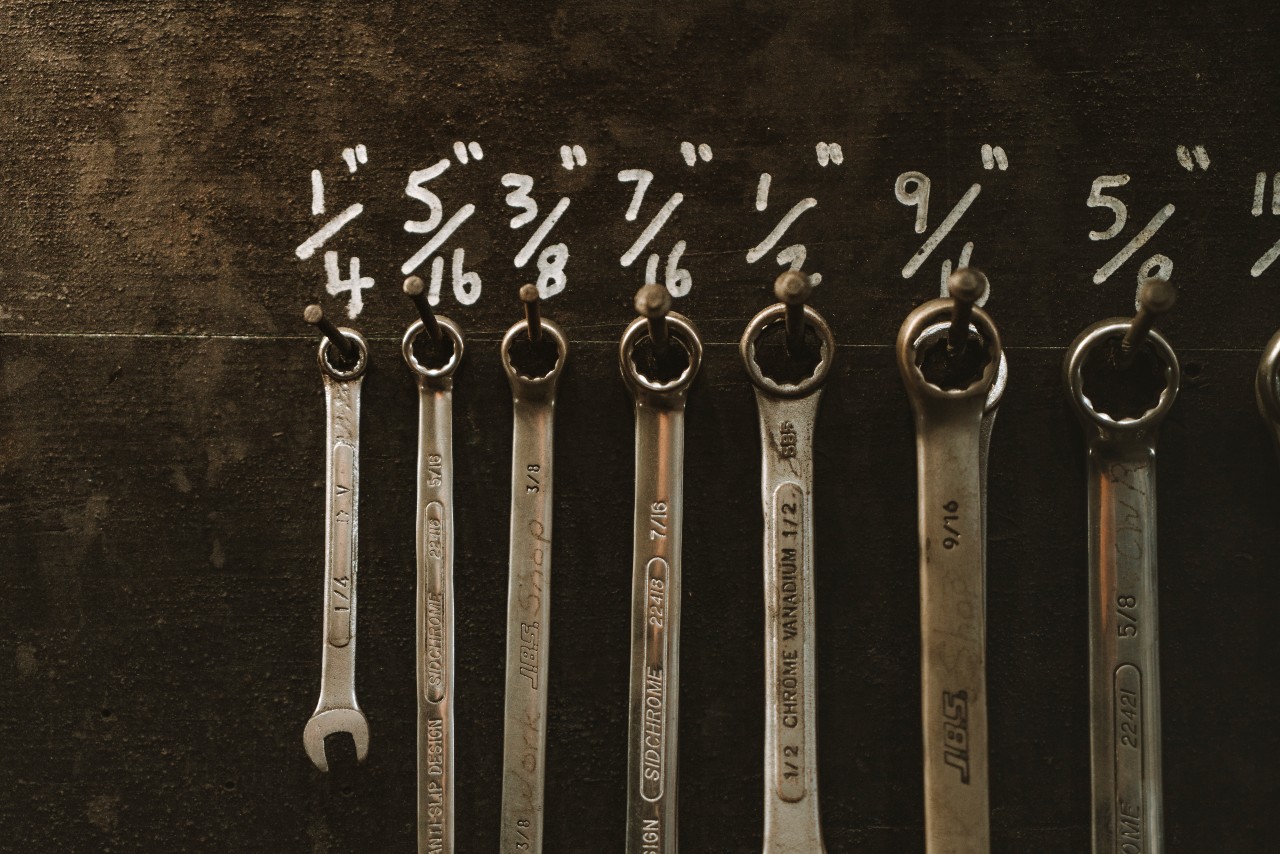 Locomotive No. 2 Restoration Project - The skeleton

January 6, 2021
As we restore Abt Locomotive No. 2 to her former glory, follow along in a series of blog posts.

Following the purchase of Abt Locomotive No. 2 in September 2019, West Coast Wilderness Railway partnered with a locally owned company to assist and manage the restoration and rebuild. The Engineering Company is in Burnie, in north western Tasmania and is an engineering manufacturing company with over 100 employees across Tasmania and Queensland.

Early inspections of the locomotive found severe cracking throughout the locomotive’s major components, which added additional steps before she could safely to return home to Queenstown, Tasmania. Furthermore, there were all sorts of odd jobs to be done before she could be considered ready to haul passengers safely along the rack.

The boiler has been its own project within a project and is integral to the operation of the entire locomotive! The boiler is the large cylindrical component located at the front of any steam locomotive. It takes tremendous pressure during use, using the power of steam to power the pistons that turn the train wheels. A crack in the boiler, or a loose stay, spells disaster and so getting the boiler sealed and strong under pressure is very important!

This project alone has taken the team around 16 weeks and meant almost entirely re-fabricating the boiler from scratch. Once fabricated, the boiler still requires pre-stressing (a process used to counteract the stresses placed on the locomotive once steam pressure is built up during use) and tubes to be installed. Plenty of testing takes place afterwards to ensure that all stays are welded in place and pressure is unable to escape during operation.

Closer inspection of the wheels located many cracks as can be seen in the image above. Replacement was deemed the most appropriate way forward, however, finding replacement wheels for a 120+ year old locomotive was, unsurprisingly, rather difficult! Instead, our operations team partnered with Good 1 Patterns in Geelong, Victoria to create the complex wheel patterns before re-casting the wheels in molten steel from scratch.

Once wheels were cast and axles manufactured, the materials were delivered to the team at Emu Bay Engineering in Burnie to allow for final machining and fitting works. Start to finish, this component of the project took around 8 weeks.

Fun fact – did you know that trains have tyres? They are the consumable outer run of a rail wheel and we sourced ours from South Africa in order to find the right ‘fit’.

Main frame? What main frame? Only kidding… thankfully, most of the main frame has been retained, but many of the elements have undergone some repair works. Those on the repair and restore list included the axle horns, water tanks, oil tank and cab roof – all important parts of any steam locomotive!

The wedges were modified to bring the locomotive to code while the water tank and cab roof also underwent modifications to allow for better operation for our locomotive team once she’s back on the rail.

Thanks for following along on our blog series for Abt Locomotive No. 2. Be sure to check back with us in another fortnight for another instalment. 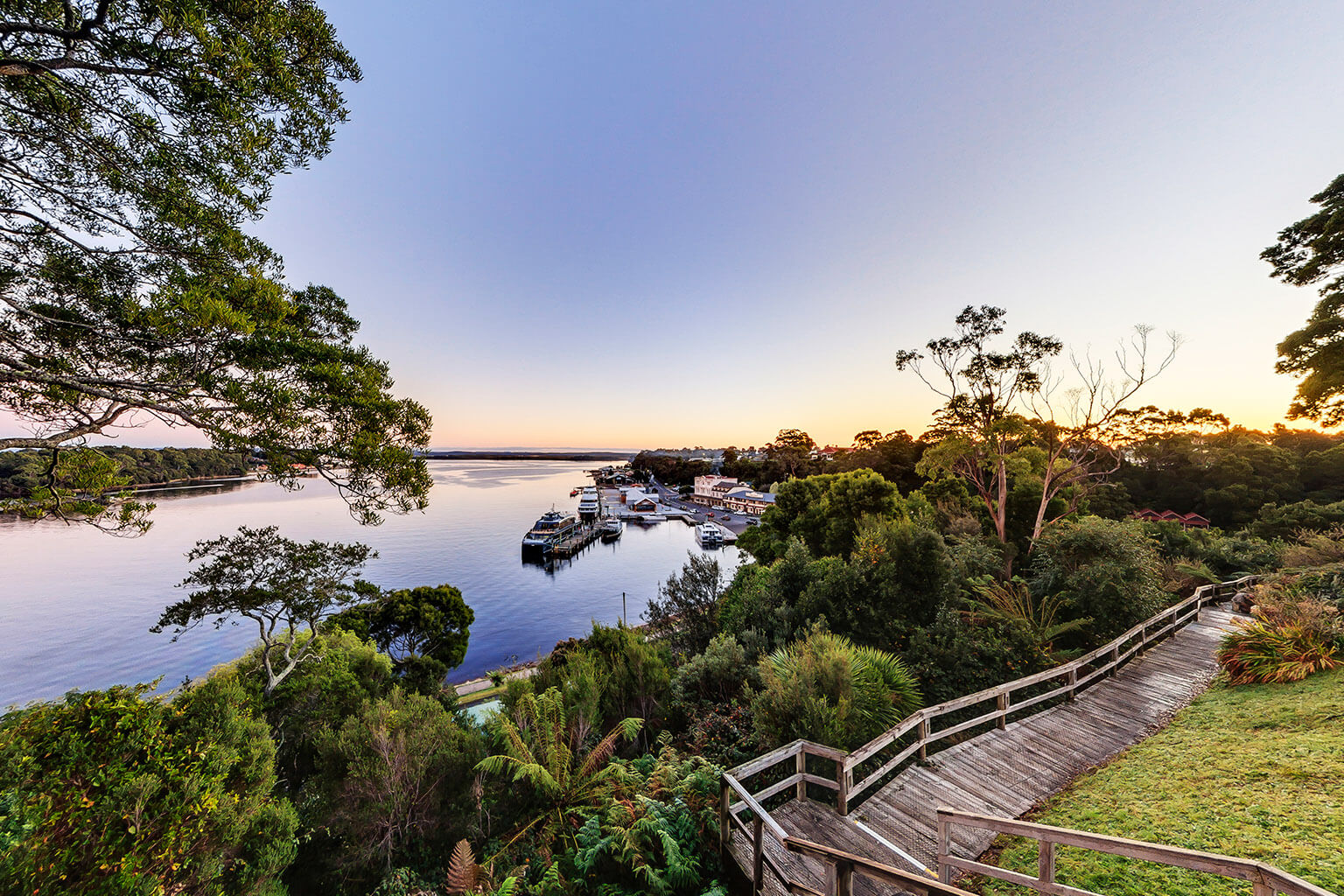 Strahan is pick of the town! 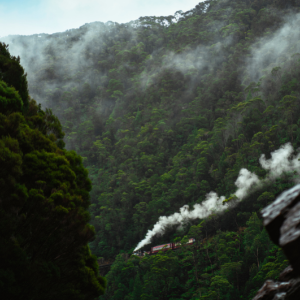 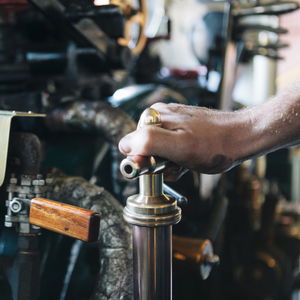 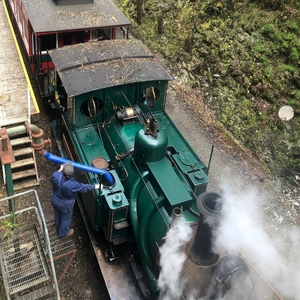 Abt #5 back on track

Welcoming Abt #5 back to passenger services

On 11 November 1896, Abt Locomotive No. 1 started her long career on the Mt Lyell Mining and Rail Co line 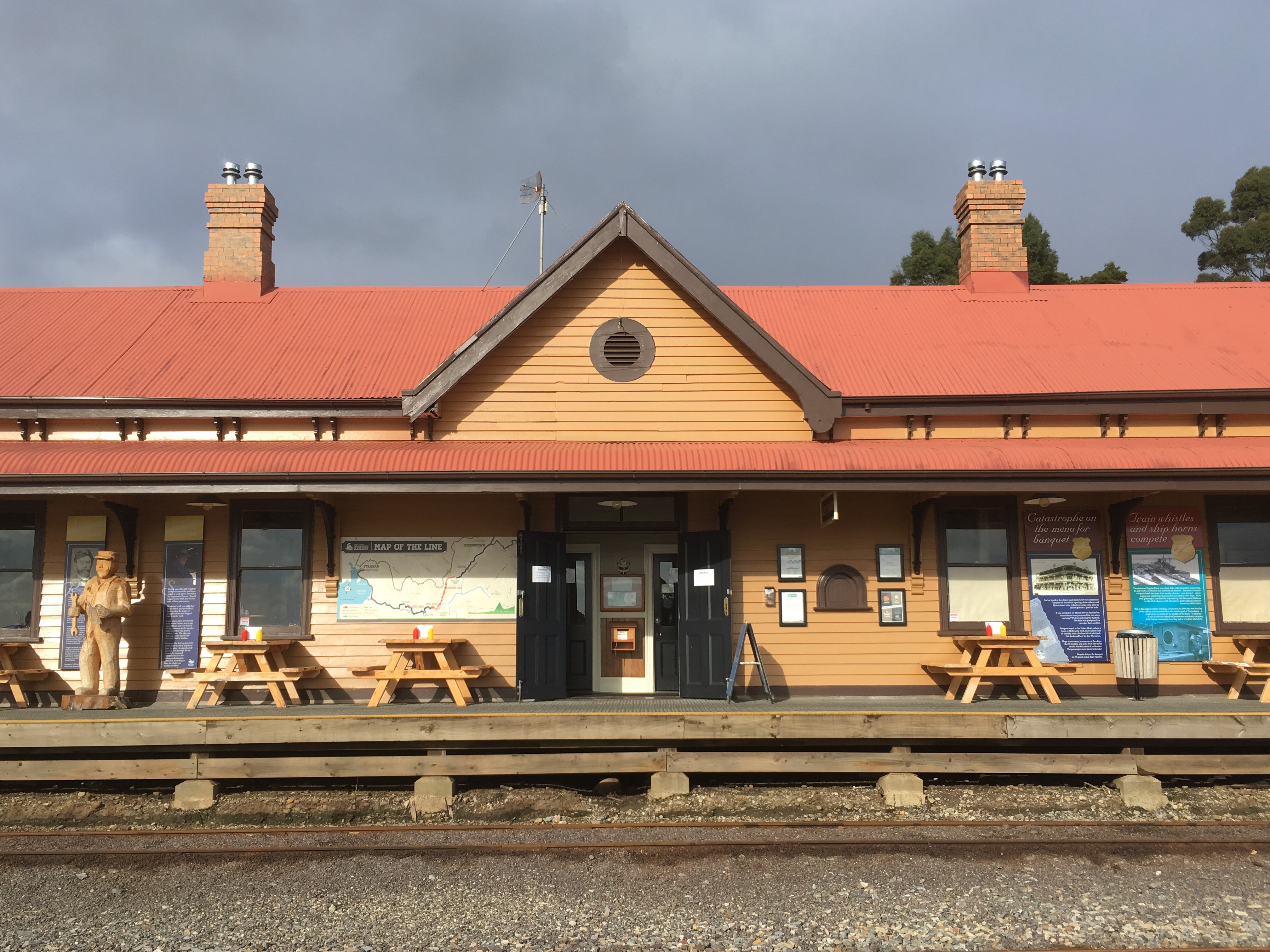 Pop in and enjoy views of Macquarie Harbour and a great selection of burgers, shakes and pancakes. 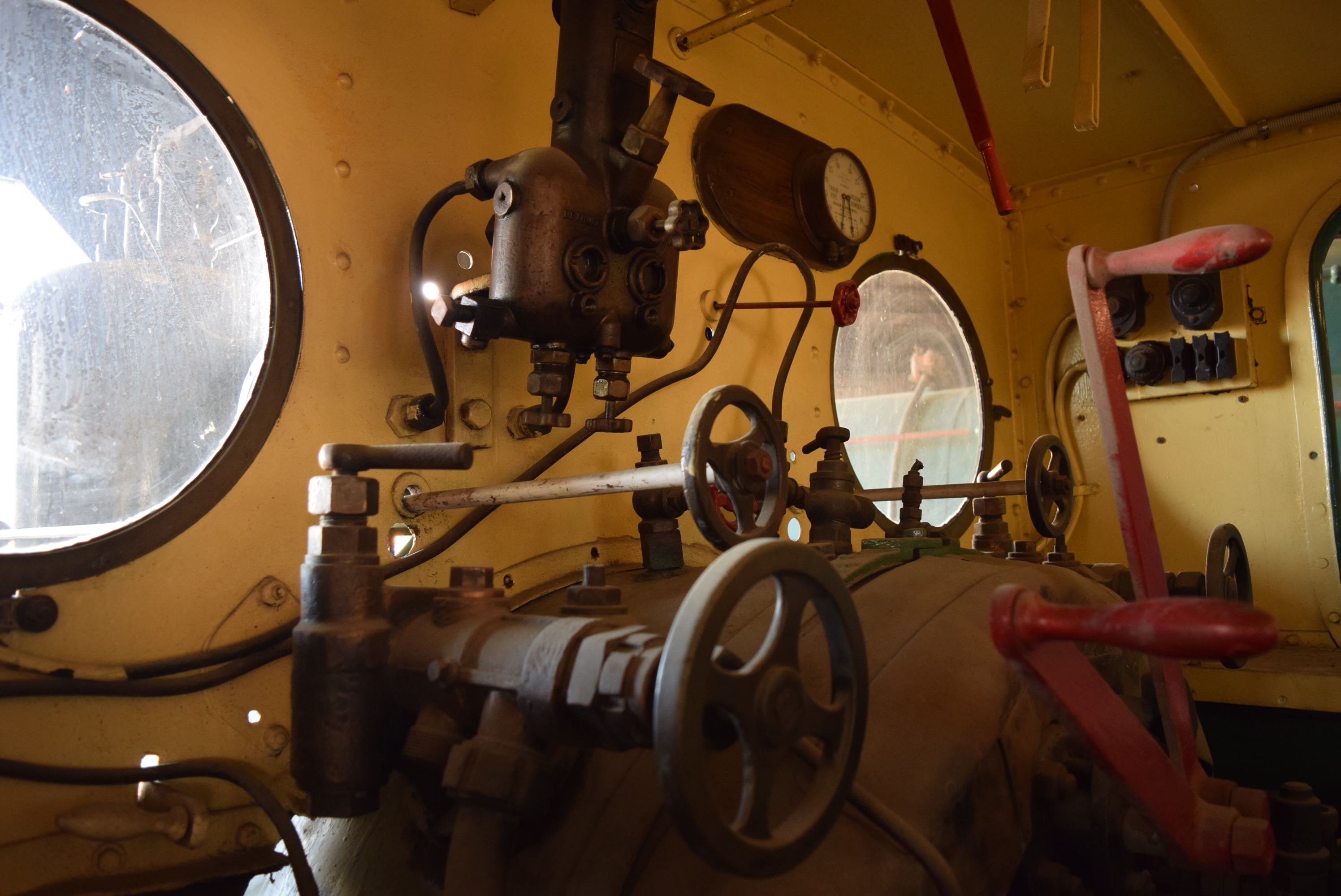 Once upon a train... The story of Abt Locomotive No. 2

As we restore Abt Locomotive No. 2 to her former glory, follow along in a series of blog posts. 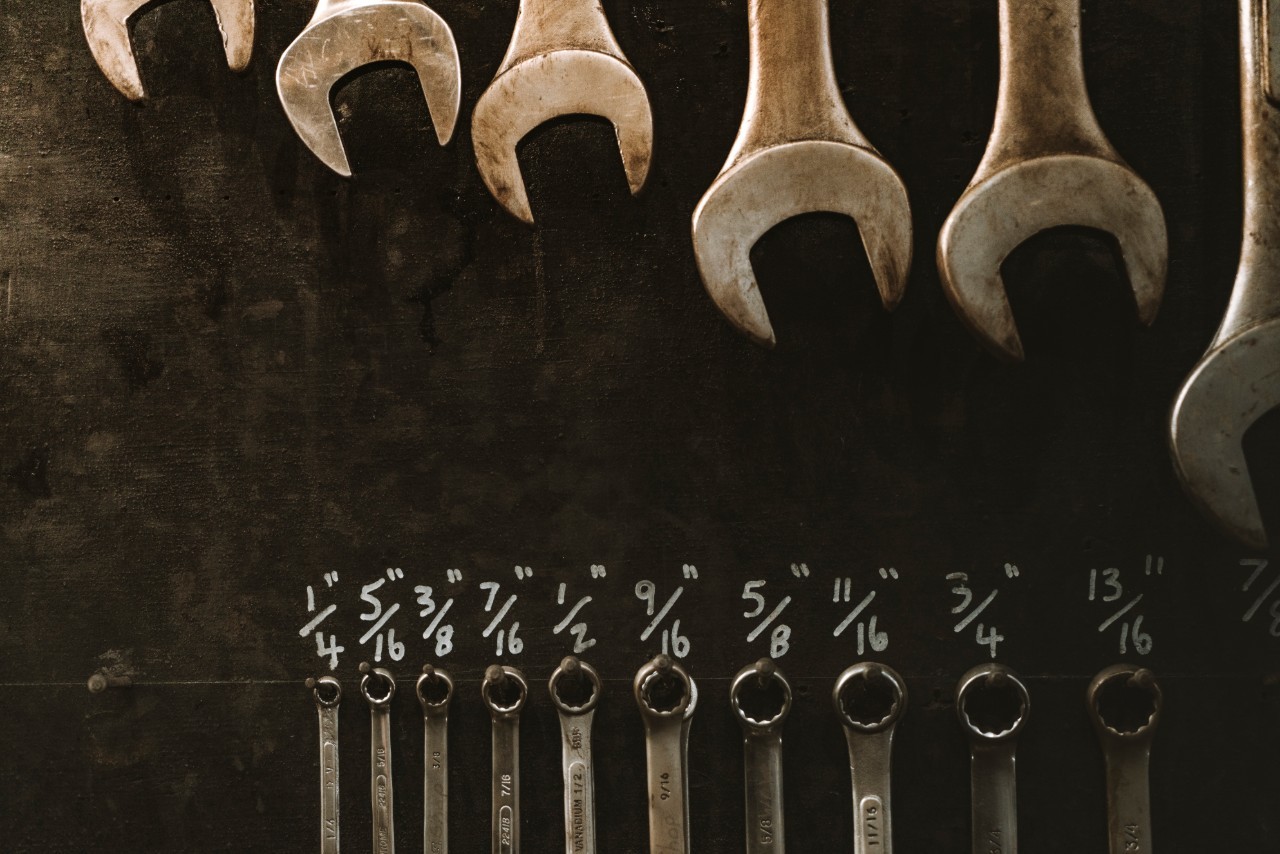 The engines are polished, the boilers are primed, the stations have been rejuvenated and we're getting back on track.

Strahan is pick of the town!

Pop in and enjoy views of Macquarie Harbour and a great selection of burgers, shakes and pancakes. 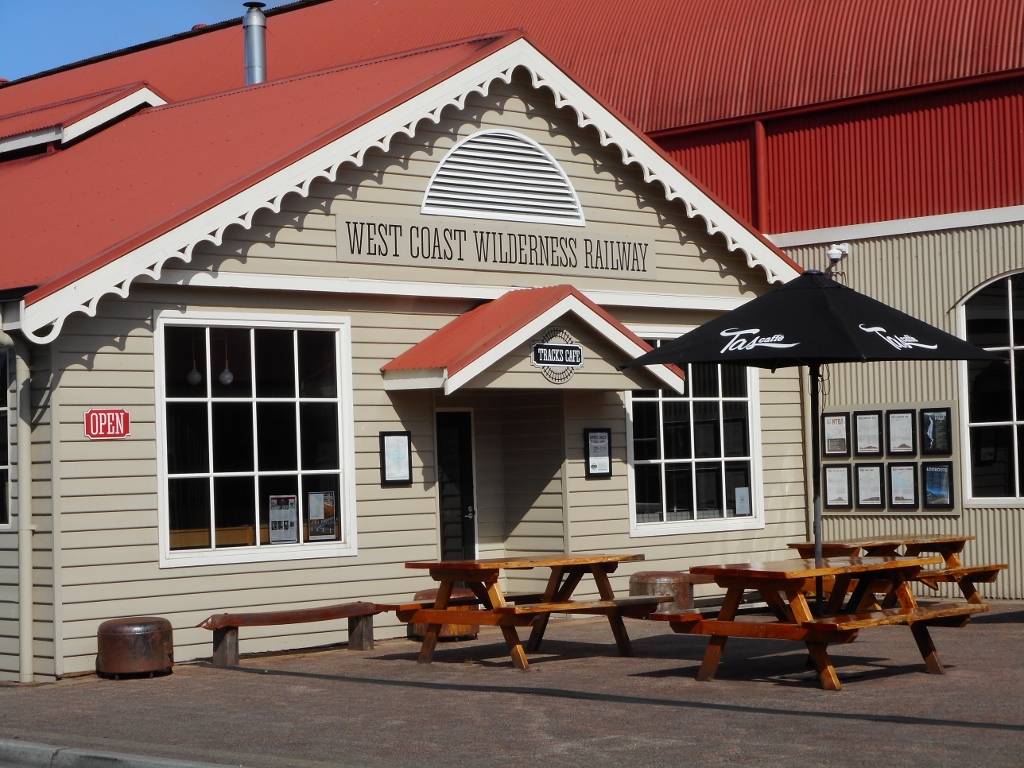 Learn more about Tracks Cafe; a great place to stop for a quick bite, a delicious dessert or a hearty meal.

Abt #5 back on track

Welcoming Abt #5 back to passenger services

On 11 November 1896, Abt Locomotive No. 1 started her long career on the Mt Lyell Mining and Rail Co line

Once upon a train... The story of Abt Locomotive No. 2

As we restore Abt Locomotive No. 2 to her former glory, follow along in a series of blog posts.